In probing my childhood (which is the next best to probing one's eternity) I see the awakening of consciousness as a series of spaced flashes, with the intervals between them gradually diminishing until bright blocks of perception are formed, affording memory a slippery hold. I had learned numbers and speech more or less simultaneously at a very early date, but the inner knowledge that I was I and that my parents were my parents seems to have been established only later, when it was directly associated with my discovering their age in relation to mine. Judging by the strong sunlight that, when I think of that revelation, immediately invades my memory with lobed sun flecks through overlapping patterns of greenery, the occasion may have been my mother's birthday, in late summer, in the country, and I had asked questions and had assessed the answers I received. All this is as it should be according to the theory of recapitulation; the beginning of reflexive consciousness in the brain of our remotest ancestor must surely have coincided with the dawning of the sense of time.

Thus, when the newly disclosed, fresh and trim formula of my own age, four, was confronted with the parental formulas, thirty-three and twenty-seven, something happened to me. I was given a tremendously invigorating shock. As if subjected to a second baptism, on more divine lines than the Greek Catholic ducking undergone fifty months earlier by a howling, half-drowned half-Victor (my mother, through the half-closed door, behind which an old custom bade parents retreat, managed to correct the bungling archpresbyter, Father Konstantin Vetvenitski), I felt myself plunged abruptly into a radiant and mobile medium that was none other than the pure element of time. One shared it-just as excited bathers share shining seawater-with creatures that were not oneself but that were joined to one by time's common flow, an environment quite different from the spatial world, which not only man but apes and butterflies can perceive. At that instant, I became acutely aware that the twenty-seven-year-old being, in soft white and pink, holding my left hand, was my mother, and that the thirty-three-year-old being, in hard white and gold, holding my right hand, was my father. Between them, as they evenly progressed, I strutted, and trotted, and strutted again, from sun fleck to sun fleck, along the middle of a path, which I easily identify today with an alley of ornamental oaklings in the park of our country estate, Vyra, in the former Province of St. Petersburg, Russia. Indeed, from my present ridge of remote, isolated, almost uninhabited time, I see my diminutive self as celebrating, on that August day 1903, the birth of sentient life. If my left-hand holder and my right-hand-holder had both been present before in my vague infant world, they had been so under the mask of a tender incognito; but now my father's attire, the resplendent uniform of the Horse Guards, with that smooth golden swell of cuirass burning upon his chest and back, came out like the sun, and for several years afterward I remained keenly interested in the age of my parents and kept myself informed about it, like a nervous passenger asking the time in order to check a new watch. 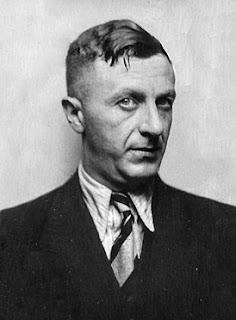